We hope you enjoyed A Poem for Today during National Poetry Month and have found AudioFile Magazine’s Behind the Mic podcast a great source for audiobook listening.

Please continue to explore the art of poetry, so beautifully and substantially represented by Naxos AudioBooks, on the Naxos Spoken Word Library, or by visiting Poetry by Title. 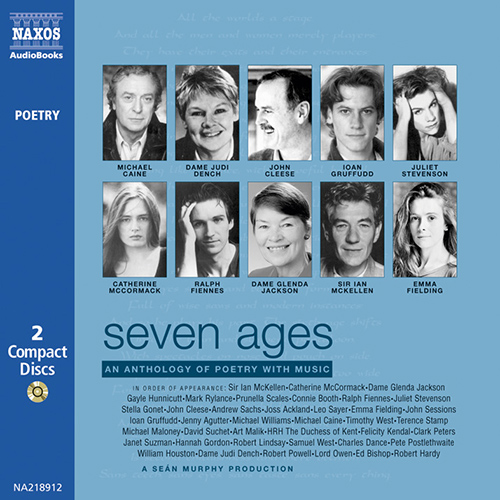 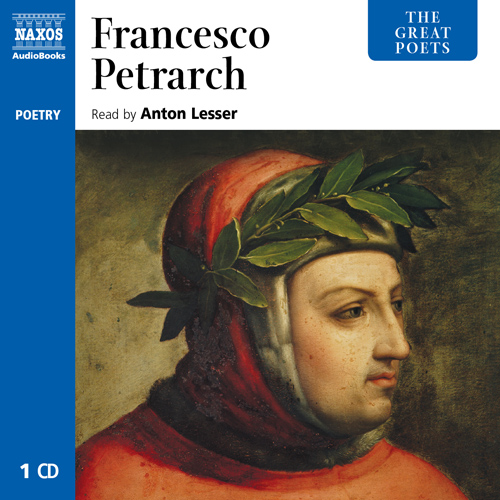 This 14th-century Italian poet was a model for many who followed him. His passionate sonnets to Laura became the epitome for love poetry. Over some 40 years he wrote 366 sonnets to Laura, whom he probably never even spoke to, and they remain immediate and affecting even now. Called Rime Sparse (Scattered Rhymes), they influenced Chaucer and many others. This is an unusual addition to ‘The Great Poets’, but part of the intention of the series is to cover the major stepping stones of world poetry. 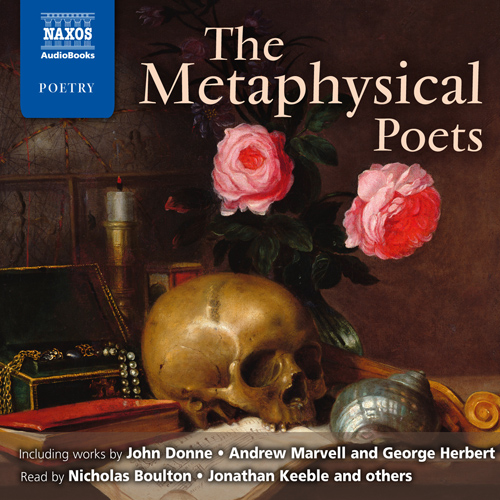 John Donne, Andrew Marvell, George Herbert, Thomas Carew and Henry Vaughan: these were some of the 17th-century writers who devised a new form of poetry full of wit, intellect and grace, which we now call Metaphysical poetry. They wrote about their deepest religious feelings and their carnal pleasures in a way that was radically new and challenging to their readers. Their work was largely misunderstood or ignored for two centuries, until 20th-century critics rediscovered it, finding in it a deep originality and a willingness to experiment that made much conventional poetry look merely decorative. This collection provides the perfect introduction to this diverse group of fascinating poets. 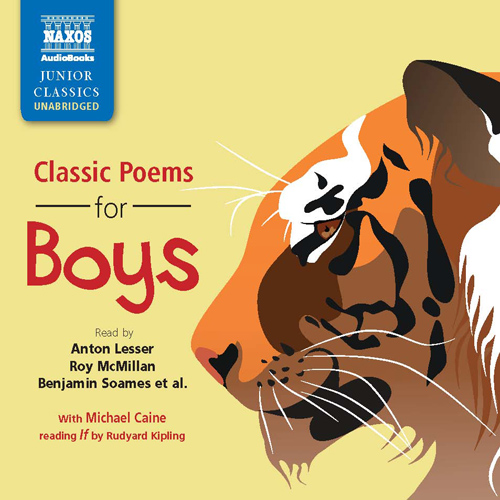 Classic Poems for Boys comprises a delightfully varied set of poems for 5-10-year olds. From rousing favorites like Felicia Dorothea Hemans’s Casabianca and John Keats’s A Song About Myself, to dreamy, thoughtful poems by Rudyard Kipling and Henry Wadsworth Longfellow, this is a collection to be treasured. 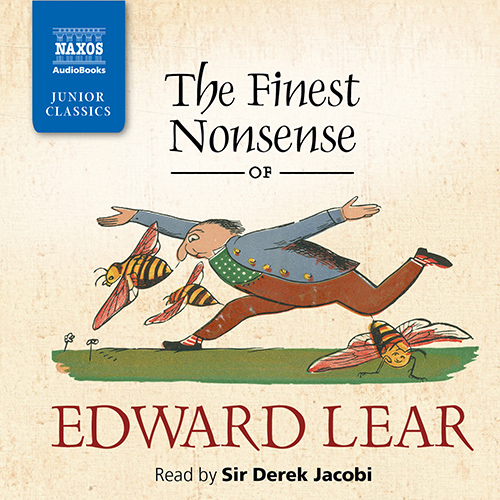 Nearly 150 years since his poetry was first published, Lear’s nonsense rhymes are still popular today. In this lively and colorful audiobook recording, Derek Jacobi reads Lear’s most famous poems and most fantastic creations, including The Owl and the Pussy-Cat, The Daddy Long-Legs and the Fly, The Jumblies, The Dong with the Luminous Nose and a collection of assorted limericks. 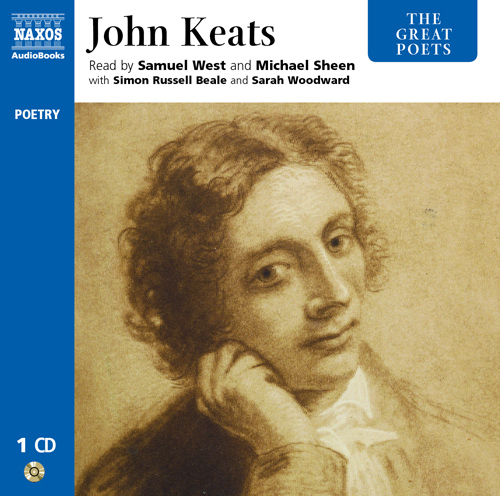 Naxos AudioBooks continues its new series of Great Poets – represented by a collection of their most popular poems  – with John Keats. Although this man had a short life, he produced a series of outstanding poems – many of which appeared first in letters to his sister. He was largely unappreciated during his lifetime, and died in Rome at the age of 26. Most of his 150 poems were written in just nine extraordinary months in 1819. This selection contains some of his finest works, the principal Odes, La Belle Dame Sans Merci, Old Meg and Much Have I Travelled. 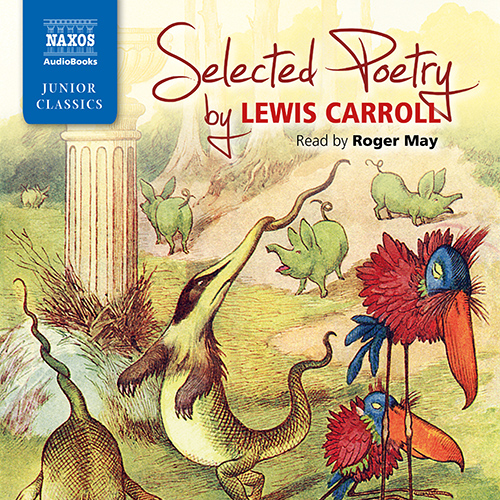 Selected Poetry by Lewis Carroll
Read by Roger May
NA0232

Featuring some of Lewis Carroll’s most famous and best-loved poems – including Jabberwocky and The Hunting of the Snark – as well as lesser-known gems such as Brother and Sister and My Fairy, this disc wonderfully illustrates Carroll’s fondness for impish satire, verbal wizardry and pure imagination. The selection ranges from pieces written when Carroll was just thirteen to his mature work. 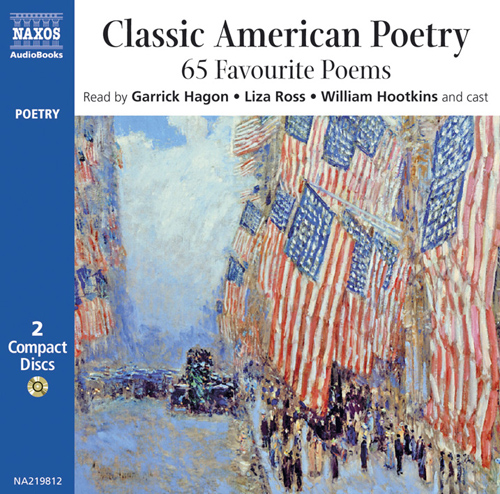 “The United States themselves are, essentially, the greatest poem,” said Walt Whitman. Here are the much-loved examples of the free spirit of America in all its glory. 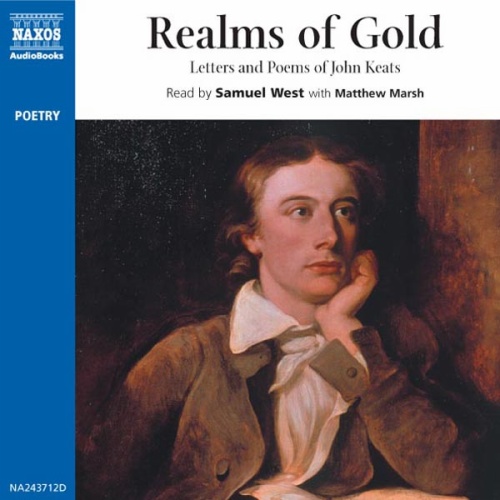 The letters of Keats between 1816 and 1821 are passionate, revealing and sensitive. Furthermore, it was within the context of these letters that many of the poems first appeared. Perry Keenlyside has selected some of the most revealing of the letters to show the state of mind and attitudes of the poet while he was writing that made him one of the most loved poets in the English language. 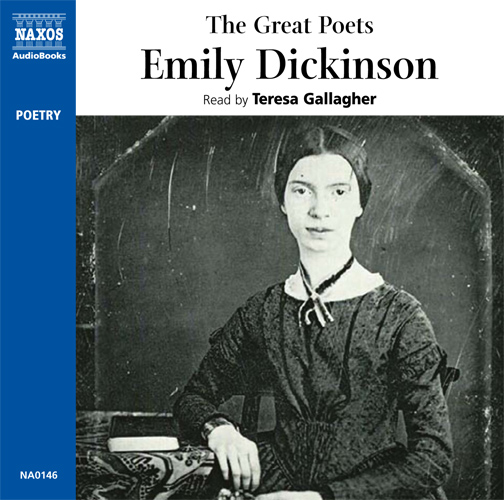 Born in Massachusetts in 1830, Emily Dickinson composed over 1,770 poems; but apart from her closest friends, no-one knew she was writing at all. Only after her death was her astonishing output discovered and published. A reclusive figure for much of her life, few could have imagined the range of her subjects, the intensity of her imagination or the powerful delicacy of her writing. Emily Dickinson is one of America’s greatest writers. This selection includes 147 of her best known poems, and is a perfect introduction to her unique voice. 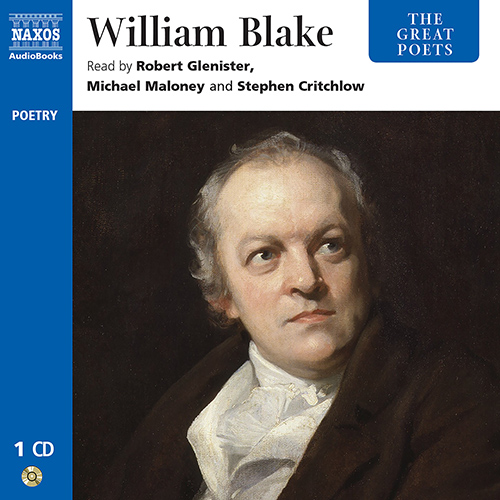 Naxos AudioBooks  began its series of Great Poets in 2007 with William Blake on the 250th anniversary of his birth. . This collection contains all of his most popular works – Tyger, the Auguries of Innocence, Jerusalem, as well as some lesser-known poetry that demonstrates the range and power of his verse. They are strikingly read by Robert Glenister, Michael Maloney and Stephen Critchlow. 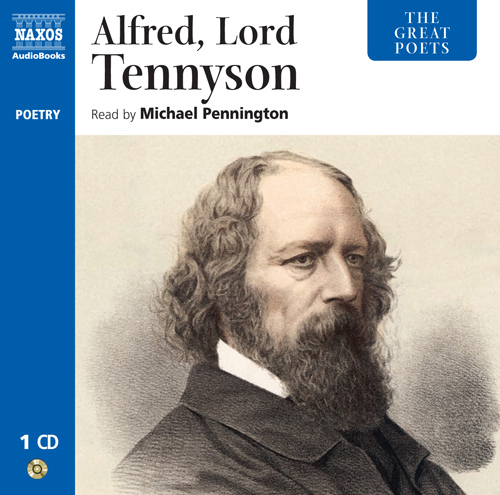 The 200th anniversary of the birth of Alfred, Lord Tennyson (1809–1892), one of the most popular of poets, was celebrated in 2009. Works such as The Charge of the Light Brigade, Crossing the Bar and Tears, idle tears have made him an internationally famous figure, and the second most quoted writer of all time (after Shakespeare). Tennyson’s poetic works encompass a great range of styles, settings and personae, and are known for their emotional resonance and powerful imagery. Naxos AudioBooks’s popular ‘The Great Poets’ series marks the anniversary with this production bringing together all the key works, read by veteran reader Michael Pennington. 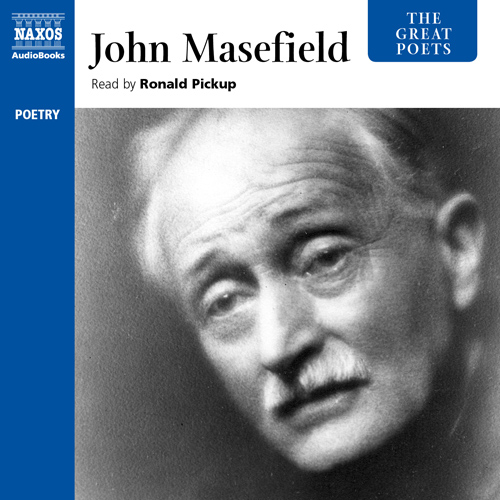 John Masefield (1878–1967) was one of the most prolific, popular and successful poets of the twentieth century. Masefield broke upon Edwardian literature with the startling work entitled The Everlasting Mercy, which described the spiritual enlightenment of a drunken poacher. Over the span of his lifetime, he was appointed Poet Laureate and amassed a large number of admirers, which included such high-profile names as John Betjeman, Robert Graves and W.B. Yeats. This collection contains thirty-six poems and spans Masefield’s entire career. There are early poems from Salt-Water Ballads (1902) and Ballads (1903), followed by extracts from the narrative poems The Everlasting Mercy, Dauber and Reynard the Fox. The selection also includes a number of sonnets including ‘On Growing Old’, as well as his poetry on the Romans, alongside a number of rarities. 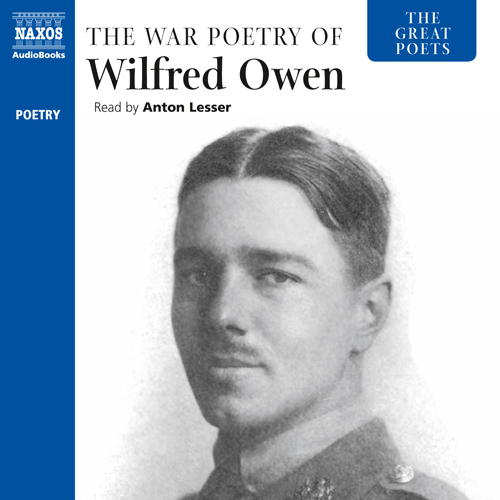 No poet is more closely identified with the First World War than Wilfred Owen. His striking body of work, grim to the point of brutality yet, at the same time, majestic and awe-inspiring, defines the war for us. It is in each of these famous poems that Owen reflects on the four terrible months that he lived through; he conveys the experience of war, the death, the destruction and the filth, through a unique poetic language and a bold artistic vision. This anthology collects 49 of Owen’s iconic poems and serves not only as a perfect introduction to his verse but also as a commemoration of the sacrifice that was made by an entire generation of young men.

Naxos AudioBooks Invites You to Review Poetry by Title
↑ Back to top
Home | About | Subscribe Now | FAQs | Contact Us | More Naxos Sites
Naxos Historical, Nostalgia, and Jazz Legends recordings are not available in the United States due to the uncertain legal situation regarding pre-1972 sound recordings.
Copyright © 2018 Naxos Digital Services US, Inc. All rights reserved.    Terms of Use    Privacy Policy